Jabra Relaunches Its Elite Range Of Headphones With New Technologies 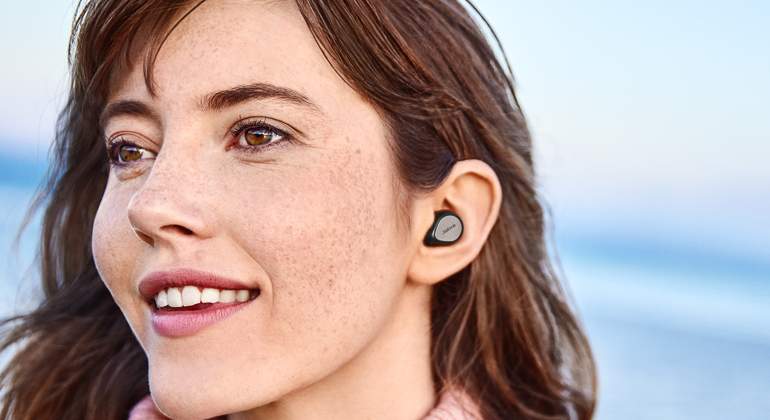 The sound brand Jabra has presented its new Elite range at an event, made up of three models that feature design and innovations.

Jabra already offers a wide variety of ‘true wireless’ type wireless headphones, and as demonstrated with the Jabra Elite 75t that we were able to test at elEconomista.es; They tend to stand out for their sound, but in our tests, they were somewhat behind in technology.

With the new generation of Elite models, Jabra seems set to change this; all the new models feature interesting advancements, and have been completely revamped in terms of design and hardware.

At the top we have the Jabra Elite 7 Pro , the highest-end model that replaces the aforementioned Elite 75t despite being 16% smaller. They stand out for having the new Jabra MultiSensor Voice technology to improve the quality of our calls, a function that is increasingly demanded by users; According to the company, it is already one of the two great reasons to use headphones, only behind listening to music. To improve calls, the Elite 7 Pro have a bone conduction sensor and four microphones that, in conjunction with Jabra algorithms, are capable of eliminating noise.

The most important piece is the new voice pick-up sensor , present in both headphones; When the algorithms detect wind noise through the microphones, they automatically activate the sensor and better capture the voice. And for listening, bone conduction technology transmits vibrations through the jaw, which we ‘hear’ better than sound coming from the ear canal.

Being a high-end headphone, it is normal that it has active noise cancellation , which we can modify to define the amount of noise we want to let through, in addition to the possibility of creating audio profiles. We also have compatibility with Alexa and Google Assistant, and the jump to Bluetooth 5.2 has been made. Each earbud promises 9 hours of noise-canceling playtime, and the charging case offers 35 more hours. The Jabra Elite 7 Pro will be available from October 1, for 199.99 euros.

The Jabra Elite 7 Active are the sports version of the company’s headphones, and therefore offer the same experience and the same MultiSensor Voice technology with four microphones, adjustable noise cancellation and more. The big difference is in the design and the materials used; Specifically, Jabra boasts the ShakeGrip coating, to achieve a better fit that allows the headset to remain in the ear regardless of the movement we make. In addition, a mesh over the microphone prevents wind noise on calls. They will also be available from October 1, at a price of 179.99 euros.

Lastly, the Jabra Elite 3 are the cheapest headphones in the range, but that doesn’t mean they’re bad. In fact, Jabra promises great sound quality, thanks to the headphones with 6mm drivers and compatibility with Qualcomm’s aptX HD audio codec, which ensures better sound transfer between the mobile and the headset.

They also have noise cancellation with four microphones, in addition to great isolation; With the HearThrough function, we can listen to our surroundings without removing the headphones. The battery lasts 7 hours, and the charging case offers 28 hours of use. The design has been revamped, including a new color palette that includes dark gray, navy blue, lilac and light beige.

The Jabra Elite 3 will be available from September 1, at an attractive price of 79.99 euros.