Windows 11 Arrives In October, But Will Not Be Compatible With Android Apps Yet 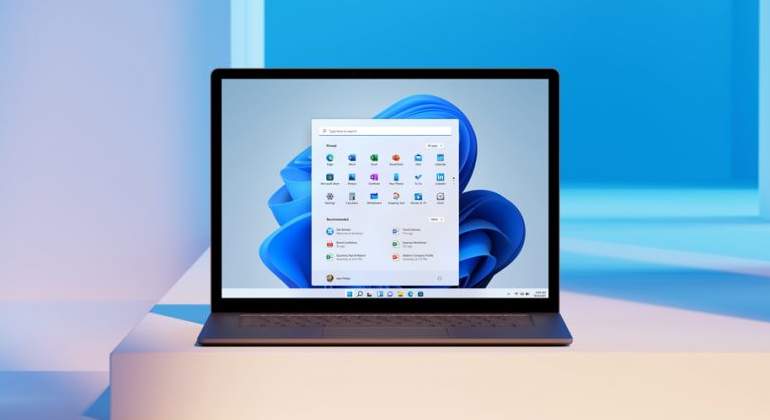 Microsoft has announced the official release date of Windows 11, its new operating system that will arrive as a free update.

The changes that Windows 11 will bring will be many and very striking, starting with a new interface with a redesigned start menu that now appears in the center of the screen instead of the corner. The whole visual design has changed, with rounded windows and a new style in both light and dark mode.

Today, Microsoft has confirmed that we won’t have to wait long to see those changes in person. As of October 5, 2021, the update to Windows 11 will be available for computers with Windows 10; However, keep in mind that the technical requirements for Windows 11 are somewhat complicated, and if you don’t have a relatively new or well-configured computer, you may not be able to upgrade. Windows 11 can be installed on older computers , but at a certain risk.

Microsoft claims that it has learned from the difficult transition to Windows 10; For months, many users were unable to upgrade due to the huge number of computers that had to download the new system. Therefore, the upgrade to Windows 11 will not be done at once; It will be offered to newer systems first , and as time goes on, it will appear on more computers chosen based on an intelligent system developed by Microsoft. The company expects that by mid-2022 all compatible systems will have the update available; although it will not be mandatory and we can continue using Windows 10 until it stops receiving updates.

The update to Windows 11 will be completely free , so if we have bought a laptop with Windows 10 recently, we will only have to update the system. We can wait for the warning to appear, or enter Settings and Windows Update and force the check for updates.

At the same time, October 5 will also be the release date of the first Windows 11 laptops. pre-installed. Microsoft has worked with manufacturers to launch new models, but we can also buy a new laptop now and update it on October 5.

Finally, some bad news: Windows 11 will not be compatible with Android apps at first. Microsoft has not canceled the functionality, only states that it continues to collaborate with Amazon and Intel in its development, and that in the coming months it will launch a previous version. Meanwhile, it will at least launch the new Microsoft Store to install apps, more open to developers and with more options.