Madrid Is Committed To Maximum Attendance And Reinforcement With 3000 Teachers 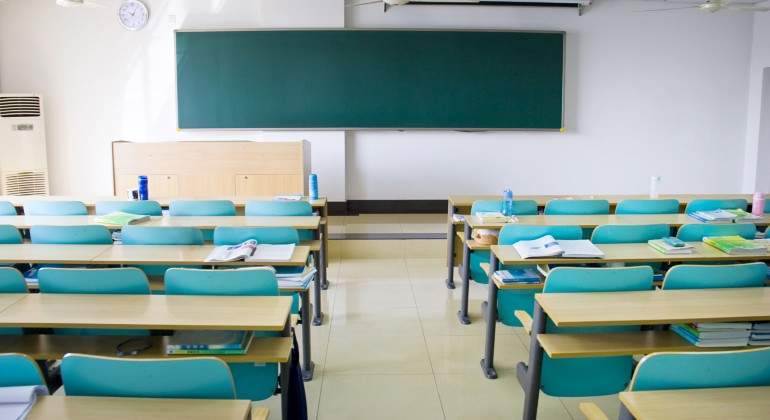 The Community of Madrid will bet on maximum attendance in the classrooms for the next school year 2021/2022 that starts at the beginning of September and with a reinforcement of more than 3,000 teachers to compensate the ratios set by the central Government in the classes.

This has been defended by the Minister of Education, Universities and Science and Government spokesman, Enrique Ossorio, at the Education Sector Conference held this Wednesday with the presence of the minister of the branch, Pilar Alegría, and the Autonomous Communities.

At the meeting, a series of measures has been agreed that will mark the 2021/22 school year as the mandatory mask for students with six years of age, the figure of the Covid-19 coordinator or disinfection. Organizational measures have also been addressed to facilitate the separation between students, the use of outdoor spaces, the establishment of staggered entrances through differentiated doors or the reduction of student movements to a minimum.

In statements to the media after the meeting, the counselor regretted the lack of progress in the meeting with respect to the measures already proposed previously. “Unfortunately the meeting has been very unproductive but there has really been nothing new substantive, absolutely nothing.

All that has been told by the minister, the general director, are the topics already known and included in the document for the month of May and the month of June .I have not heard anything new “, Ossorio has censored.

A meeting in which the Madrid councilor has called for measures such as the introduction of the vaccination criteria in the traffic light system of the health risk situation, which is currently not contemplated and “are totally out of date”, and, in this sense, has stressed that the Community of Madrid will take this parameter into account when setting its measurements.

In this line, he recalled that in the Community they have a dose for 85% of the population and with the two doses, 74%, and that the forecast is that the third week of September will be 90% and, for those over 12 years, 95% at the beginning of the course (today 54% have a dose and 17% have the full regimen).

Likewise, it has defended the need for an increase in resources by the central government, differentiated from European funds, to plan the next academic year 2021/2022. “In 2020, the Government gave us resources that were sincerely very welcome and that were used by all the Autonomous Communities to start the 2020/2021 academic year in the best possible way and the course went very well.

Thus, in Early Childhood and Primary and Special Education, about 700 more teachers and professionals will be incorporated into public schools to support all students, of which 365 will be specialist teachers in Therapeutic Pedagogy (PT) or Hearing and Language (AL) to facilitate individualized attention to students with special educational needs.

To these, 134 counselors will be added, 200 support teachers in Primary Education for Language and Mathematics in Primary 1 and 2 with students who may have been harmed by the consequences of COVID-19.

Reinforcement in Secondary, FP and Baccalaureate
On the other hand, in Secondary, FP and Special Regime, the increase will reach 1,421 professionals , among which are more than 600 teachers, 91 counselors, more than 100 teachers of the specialties of Therapeutic Pedagogy (PT) and Hearing and Language (AL ) for the educational care of students with special needs.

Another 630 teachers will carry out support and reinforcement functions in ESO and Baccalaureate in Mathematics, Language and Literature and 400 people from administration and services .

Likewise, in the subsidized centers the hiring will be reinforced with 411 teachers and new counselors in Primary that will allow having a counselor for each center.

Criticism of the LOMLOE curricula
Finally, the Madrid counselor has criticized the development of the LOMLOE curricula , “which pursues a devaluation of effort and merit, as well as an impoverishment of the contents”, as it shows that they are focused “on the socio-emotional aspect in the mathematics, the gender perspective in each and every one of the subjects or the happiness of the students, but they have forgotten the rule of three, the Roman numerals, the diphthongs, the greatest common denominator “.

“We know that the autonomous communities can expand the curriculum by 40%, but we consider that there are subjects that should be considered essential minimum throughout Spain,” he pointed out.

In the same way, Ossorio has shown opposition to the text of the Decree of Evaluation, Promotion and Qualification prepared by the Ministry of Education and FP, which entails “the disappearance of merit and the effort of the Spanish educational system” and that allows “to obtain the Baccalaureate degree with a failure, pass ESO without limit of these and takes powers from the educational administrations -the autonomous communities-, so that they cannot regulate and put a stop to this unreason in some way “.