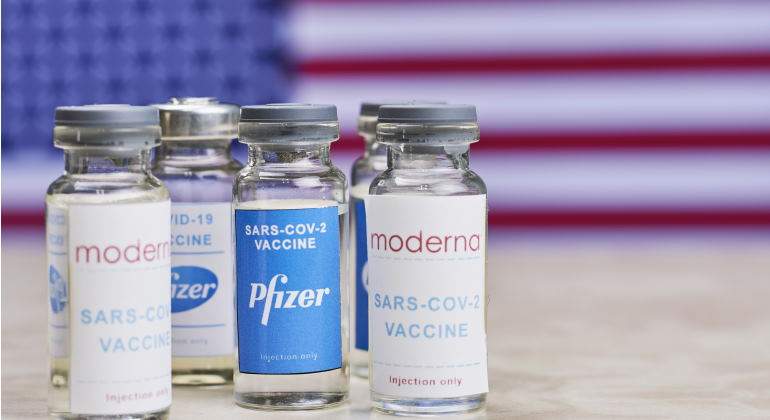 Pfizer and Moderna vaccines are the protagonists of the vaccination campaign since it reached the population under 40 years of age. In fact, they are the only sera approved in minors and the ones that are more advanced in their authorization as a third dose. Thus, it is appropriate to remember how effective or side effects they have. The time between doses is 21 days for Pfizer and 28 for Moderna.

Pfizer and Moderna Vaccine Effectiveness
The Pfizer and Moderna vaccines, both based on messenger RNA, are 100% effective against developing severe disease. However, neither prevents infection. Therefore, those vaccinated must continue to respect preventive measures such as the safety distance or the mask.

Against the development of symptoms, the effectiveness of Pfizer is 95% and that of Moderna is 94.1% . However, this effectiveness drops for Pfizer to 88%, according to studies by Public Health England, with respect to the Delta variant.

Effectiveness over time: Pfizer generates fewer antibodies than Moderna
Research from the University of Virginia School of Medicine in the United States , recently presented, has revealed that antibody levels in recipients of Moderna’s vaccine were slightly higher than in recipients of Pfizer. The difference was mainly due to antibody levels in relatively older subjects.

The researchers caution against drawing conclusions about the effectiveness of vaccines based on the number of antibodies; since both vaccines have worked exceptionally after being administered to millions of people around the world. The new results are just one small piece in a much bigger puzzle, as scientists seek to determine whether a vaccine may be superior for certain demographics.

The Pfizer and Moderna vaccines use mRNA to teach the immune system how to defend against the COVID spike protein. However, the formulations of each vaccine are slightly different, and Moderna uses more mRNA than Pfizer. That prompted UVA scientists to seek to quantify and compare the resulting antibody responses.

Side effects of the Pfizer and Moderna vaccine

Side effects of Moderna’s vaccine