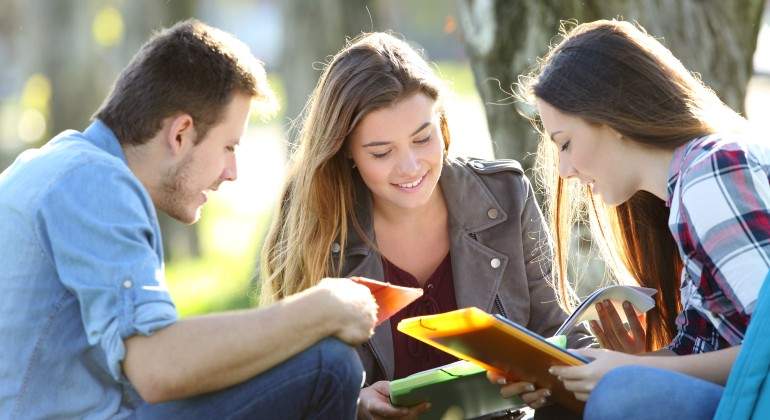 Fundación Universia, promoted by Banco Santander, through Santander Universidades and the LaLiga FOUNDATION launch the III Call for ‘LaLiga Genuine Santander’ Scholarships, which will support the academic training of LaLiga Genuine Santander players. This competition, pioneer in the world and developed by LaLiga, through its Foundation, consists of a soccer league made up of teams of people with intellectual disabilities.

The third edition of this academic aid program brings as its main novelty an increase in the available training offer, which can be accessed by those LaLiga Genuine Santander players who are studying or want to take official degrees in the university framework, as well as in languages, preparation for official examinations, professional training for both intermediate and higher level, and courses with official qualifications.

In this way, the commitment acquired in October 2018 by Banco Santander Spain, title sponsor of this competition, is renewed, who, through the Universia Foundation, agreed to help Genuine players with training adapted to the DI group (people with intellectual disabilities ) in different public and private universities and training centers distributed throughout the Spanish territory.

Specifically, Fundación Universia will award a maximum of 36 scholarships among the members of all the Clubs / SAD participating in LaLiga Genuine Santander 2019/20 , with a total budget of 21,000 euros, of which a variable amount will be assigned to each scholarship that may reach a maximum of 1,000 euros each.

The call is now open and you can apply for scholarships by clicking on the following link .

Olga de la Fuente, director of the LaLiga FOUNDATION, appreciates “Fundación Universia’s commitment to offering LaLiga Genuine Santander players training aids that promote their personal and social development, as well as for their inclusion in the labor market, aspects that we consider of great importance since this project was born more than four years ago. “

Sonia Viñas, director of the Universia Foundation, points out that “this project consolidates our commitment to people with intellectual disabilities and support for inclusive sports. For yet another year, the scholarships will help participants to have an educational experience that improves their employability. “