Boris Johnson Launches A Revolution In His Government To Appease Criticism 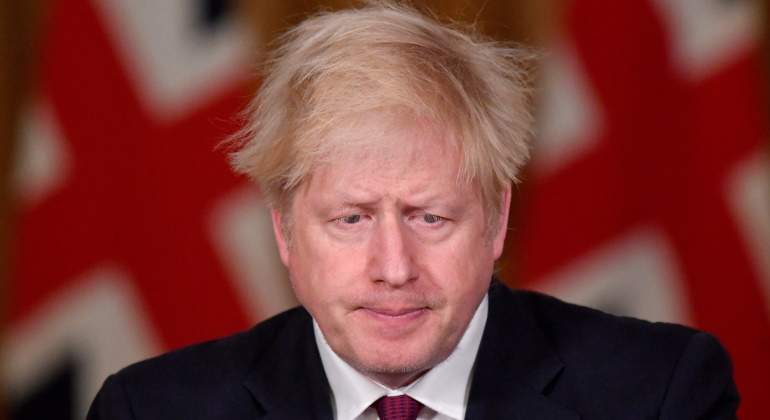 British Prime Minister Boris Johnson has launched his first major crisis of government, in an attempt to overcome a series of political setbacks and radical changes of direction that are plunging the country into turbulence that seems to be gaining strength amid the covid crisis and worker shortage.

The prime minister has decided to restructure his cabinet, initially designed to manage exit from the EU and which has been criticized by people across the political spectrum, including within his own party, for preferring Brexit advocates as ministers rather than appointing talented politicians. That left Johnson with a highly Brexit-oriented team, leaving many competent lawmakers out of government.

The first victim of the change has been Gavin Williamson , until now Minister of Education and the first confirmed loss. Williamson served as Defense Minister with Theresa May, but was fired at last following leaks in his department. Johnson rescued him as a reward after leading his campaign in the primaries to the leadership of the party after May’s departure, but his chaotic management of the education system during the years of the pandemic has been an unsustainable blur for his career.

Portfolio changes
One surprising twist has been that of Dominic Raab , a former foreign minister and one of Johnson’s three right-handers. Raab came under fire last month for delaying his return from a holiday in Greece while the Taliban took over Afghanistan, delaying the evacuation of the British and their Afghan collaborators.

Dozens of MPs from all parties, including several Tories, demanded his removal in an emergency debate. Johnson has agreed to take away his portfolio, but in exchange he has appointed him Minister of Justice and Deputy Prime Minister , reinforcing his authority as ‘number two’ in the Cabinet against the Minister of Finance, Rishi Sunak, traditionally second in the political hierarchy, and the Minister of the Cabinet (Presidency in Spain), Michael Gove.

Gove , precisely, has lost rank in the remodel. He goes from managing the day-to-day running of the Government to being Minister of Housing . Gove and Johnson have a love-hate relationship: They were both going to run as a couple to co-lead the party in the primaries after the Brexit referendum result in 2016, but Gove got out of the band a few minutes before the announcement and sank the campaign. of Johnson, leaving May as the only contender. And after the departure of the second woman to lead the Government, Johnson decided to rescue Gove and appoint him Minister of the Cabinet and in charge of managing Brexit. Its star, however, seems to have faded in these years of increasing chaos.

For its part, Foreign Affairs will go to the former Minister of Foreign Trade, Women and Equality, Liz Truss , who will maintain Equality. In his career there is the Ministry of Justice and the British Treasury secretariat. This change means placing two women in two of the most important portfolios, since Priti Patel will continue in Interior .

In the absence of other changes, the departure of the Minister of Housing, Robert Jenrick , has already been announced ; the Justice, Robert Buckland ; and the president of the Conservative Party, Amanda Milling .

The Euribor, Doomed To More Increases

Facebook’s Ominous Week Exposes The Fragility Of Its Monopoly

The Househunter: A four Bedroom Victorian Townhouse (like you’ve never seen one before)

What’s new in interiors this month – including my online course

The Househunter: An Actual Castle