Taliban Inherit A Millionaire War Arsenal From The US 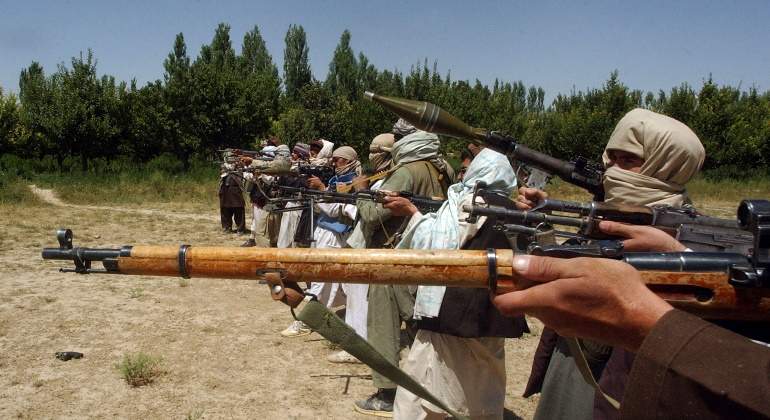 As the military fired tear gas to control the crowd of Afghans trying to access Kabul airport and US President Joe Biden updated the nation on evacuation efforts, the Taliban responded to protests in several cities with gunfire. and beatings.

Weapons access
For its part, NATO decided to maintain its cooperation in Afghanistan through “military means” at the Kabul airport while the evacuations of its citizens and Afghans at risk last.

At the same time, according to Reuters, the Taliban now have access to a huge new war arsenal, complete with more than 2,000 armored vehicles, up to 40 aircraft, which could include several UH-60 Black Hawks, helicopters ScanEagle attack and military drones as well as night vision goggles.

The Biden Administration is concerned that such weapons could be used to kill civilians, end up in the hands of other militant groups, such as the Islamic State, or even potentially be handed over to US adversaries such as China and Russia. That is why, as some sources cite the news agency, the launch of air strikes against the largest teams has not been ruled out.

The Biden administration’s miscalculation in the withdrawal from Afghanistan continued to generate controversy on this side of the Atlantic after two dozen State Department officials serving at the embassy in Kabul last month sent an internal memo to the Secretary.

Antony Blinken and another senior State Department official warning of the possible collapse of Kabul shortly after the August 31 troop withdrawal deadline, according to the Wall Street Journal.

This cable represents the clearest proof yet that the administration had been warned by its own officials on the ground that the Taliban advance was imminent and that the Afghan military might be unable to stop it.

Biden: “America will complete its mission”
US President Joe Biden said Friday that he will “do everything possible to ensure a safe evacuation.” The president will meet next week with other G7 leaders “to coordinate a united response.” The Democrat also noted that US allies “have not questioned the credibility” of Washington and warned that an attack by the Taliban would instigate a “swift and forceful response.”