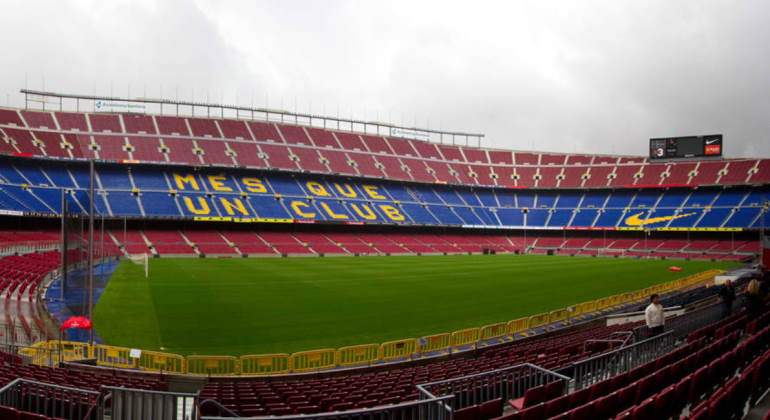 The agreement reached this Wednesday between LaLiga and the CVC fund is a ball of oxygen for the battered finances of the Spanish teams. Football Club Barcelona is the best example. The pandemic has left the accounts of the Blaugrana club seriously injured, with a short-term debt difficult to pay.

The distribution of the CVC injection can alleviate Barça’s financial situation in the short term and facilitate the renewal of its star Leo Messi without having to get rid of ‘half the team’. However, the situation remains complex for Joan Laporta’s.

The pandemic has greatly affected an FC Barcelona, ​​whose wage bill had become a problem long ago. However, the collapse of income due to covid-19 has aggravated this situation to unexpected places. Now, the CVC injection is vital and for now it seems that Real Madrid is opposed to the agreement between the fund and LaLiga .

The balance of FC Barcelona according to the last published report
Given the deterioration of the accounts , the rules of the UEFA and Spanish LaLiga have prevented him from continuing to borrow, which limits greatly.

Until the agreement between LaLiga and the CVC fund (which could mean the arrival of 270 million euros to the Blaugrana team), Barça has faced great obstacles in closing a new contract with Lionel Messi, despite the fact that the player would have accepted cut your salary in half. The club has put ‘half the team’ in a forced sale situation, with few buyers so far.

The pandemic has been very hard for Barcelona, ​​but it was only the coup de grace, as explained by the FT . Almost invisible, Barcelona have been in free fall since that magical night in Berlin in June 2015 when they won their fourth Champions League final in 10 years. The club had achieved soccer dominance at little cost, thanks to a unique generation of brilliant footballers from its own academy.

At that time, Barça could afford to sign almost any footballer. In any talent business, the most important management decision is hiring. But Barcelona lost the ‘war for talent’. What went wrong?

The intrahistory of transfers
But Barça did the most difficult thing, create great stars from scratch, but could not, with what in theory was easier, sign established players that would allow the club to continue to triumph.

Rival currents within the club each pushed for different signings, often without bothering to inform the coach, while candidates for the Barca presidency emerged with promises of the stars who will buy if elected.

The man who oversaw Barcelona’s disastrous transfer policy between 2014 and 2020 was Josep Maria Bartomeu. “A nice guy runs a family business that manufactures the jet bridges that take passengers from the plane to the terminal,” they explain from the FT.

From the British newspaper they assure that the problem was that he knew little about football or about the football business. Its sports director, the mythical goalkeeper Andoni Zubizarreta, had signed players like Neymar and Luis Suárez, who married Messi in the attack of the ‘MSN’, the best in football. But Bartomeu soon fired Zubi. In all, the president had five sports directors in six years.

An irreplaceable Neymar
The clear descent of Barcelona began with the loss of Neymar. The Brazilian was a hyper-efficient winger who threw himself at Messi’s passes. But Neymar wanted to be Messi: the main man on his team.

In 2017, he joined Paris Saint-Germain (PSG), a € 220 million signing, a world record. It seems like a profitable transfer, but the truth is that Barcelona never managed to replace him.

When a club sells a player for € 220 million, they don’t really have € 220 million to spend. There are taxes, agent commissions, and installment payments. Still, every other football club in 2017 knew that Bartomeu had a wad of money in his pocket and the need for a ‘human trophy’ in front of Barcelona’s 150,000 members.

He no to Mbappé and Haaland
The bad tongues assure that the scouts of the Barça tried to convince the president to sign a very young Mbappé and, later, something similar happened with the Norwegian Haaland. Both players have everything to be the great stars who will dominate soccer for the next ten years.

However, Barcelona bet everything to sign another young Frenchman, Ousmane Dembélé from Borussia Dortmund. Three weeks after Neymar left, Bartomeu and another Barcelona manager flew out to negotiate.

The Barça duo landed with a firm resolution: they would pay a transfer of a maximum of 80 million euros. More money would mean the end of the negotiations. Before entering the assigned room, the two men embraced.

But in the room, they got a surprise. The Germans said they had no time to chat, they had to catch a plane, they would not negotiate, and they wanted roughly double the amount budgeted from Barcelona by Dembélé. Bartomeu relented. After all, he was president of the richest club in the world. He pledged to pay € 105 million up front, plus € 42 million in easily achievable performance bonuses, more than Mbappé would have cost.

Wages were getting higher and higher. The Barça executives handed over power to the players who, knowing that they were in control, managed to make a customized renewal, with higher salaries and better conditions.

The result is what can be seen today. Barça has a short-term debt of 731 million euros . A debt that it must face in the coming years with a market income from the covid. The agreement between LaLiga and CVC is a breath of air for a club that was drowning in a choppy sea, but if the team does not take flight and make better decisions, not even the 270 million CVC could be enough.