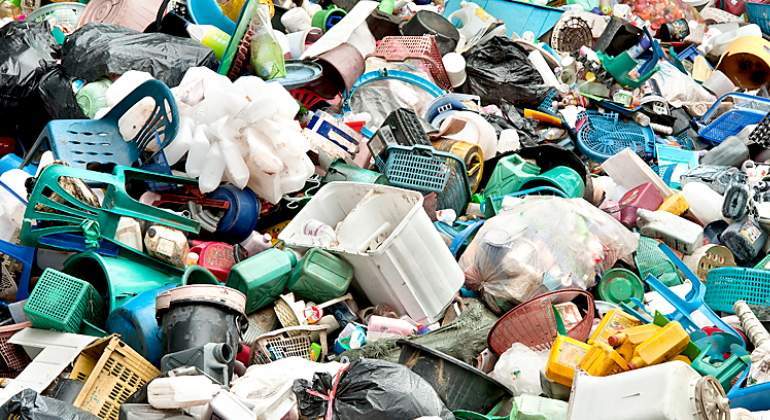 Limits to the use of plastics in packaging will cost 2,000 million euros to food and beverage companies and the drugstore and home hygiene industry, the most affected by the measure, according to the first estimates of the sector, which has commissioned a study to determine the final figure for Tragsatec. The Ministry for the Ecological Transition has already opened for public consultation the draft Royal Decree on packaging and waste, which transposes the last of the pending directives of the 2018 European circular economy package.

The government has already announced an indirect tax on plastic containers single use ?? at a rate of 0.45 euros per kilogram package ?? with which it plans to raise about 724 million euros. And it could be more because, according to a PwC report, although “a priori, it could be high compared to the market price of the products that may be affected by the tax , it is far from the previously 0.80 euros demanded from Brussels , so it cannot be ruled out that there may be an increase in the rate before its final approval. “

Likewise, with the new regulations, it is obliged to reduce by half in 2025 the commercialization of waters packaged in plastic bottles; 80% for beer packaging and 70% for soft drinks. And to that is added the limitation on the sale of fruit and vegetables in this type of packaging, something that will be totally prohibited in the supermarket from 2023.

In addition, if the sales area is greater than 300 square meters, the shops must inform customers about the ecological repercussions of the packaging and its form of management.

Both the food industry and plastic manufacturers have highlighted the problem posed by the lack of a substitute material that “provides the combinations of properties of plastics in terms of guarantee in terms of food safety, food preservation and contribution to avoid food waste “and recall that” the health authorities have detected an increase in health alerts as a result of the substitution of plastics for other materials “.

On September 15, the deadline for submitting amendments to the bill ended and the EsPlásticos platform and other entities of the chain have sent their requests and proposals for improvement to the parliamentary groups.

Esplásticos, which brings together the different agents that are part of the plastics sector in Spain, ensures that it positively welcomes all initiatives aimed at implementing the circular economy, caring for the environment and achieving an increasingly sustainable industry, but asks the modification of the legal text considering that some measures are “discriminatory” and “disproportionate” and “hinder” the implementation of the Circular Economy. As they say, the sector is “focused on the manufacture of more recyclable products and innovates in technologically cutting edge recycling processes”.

The tax on plastic packaging will negatively impact consumers
The plastics industry considers that the tax on non-reusable packaging constitutes “discrimination with respect to other materials, disproportionate and above all not useful to improve the environmental objectives of the law”, adding that “it will have a very negative impact on all Spanish industry and affect all citizens, especially those with medium and low incomes, since together with the rise in the green point, the shopping basket could increase its price by up to 3% “.

Given this, they have proposed several measures. To begin with, they propose the modification of the current text “since the possible repercussion to the purchaser of the products is not foreseen”. In other words, as manufacturers of plastic containers or semi-finished products cannot pass the tax on, “the profits would be completely eliminated” and the companies could even incur losses of more than 10%.

Likewise, they claim to extend the term of entry into force of the tax and the extension of the catalog of exemptions to it, which includes transport and logistics films that incorporate 30% recycled plastic, commercial and industrial packaging with a content in recycling greater than or equal to 30% and certain compostable plastic products, since, as they defend, “their use is focused on applications where there is an environmental benefit because they can be deposited and treated together with organic matter.”

On the other hand, they propose to reduce the consumption targets for certain plastic products, set at 50% by weight in 2026 compared to 2022 and 70% by 2030, arguing that this “would practically mean the disappearance of the affected products” and is not realistic. In his opinion, these measures “will not encourage reuse and will result in the substitution of other single-use packaging, many of them made of multimaterials and more difficult to recycle, thus generating a larger carbon footprint.”

Environmental education
Another of the demands of the industry has to do with the inclusion of an article that focuses on reinforcing the importance of environmental education and awareness to promote the prevention and recycling of waste and reduce the abandonment of these in the environment. “We consider it vitally important to create a true culture of recycling in our society: we must work to involve all agents with the aim of offering increasingly sustainable solutions and creating more and more awareness and concern of citizens in relation to recycling, thus avoiding the abandonment of waste in large cities and nature “, they say in the sector.

The plastics industry insists that thanks to their lightness they consume 3 times less amount of material resources and 2.5 times less energy than products made with alternative materials. “Plastic melts at a maximum of 300ºC, while other materials do so at more than 1500ºC, which implies that enormous energy savings are produced both in its production and in its recycling,” they say in Esplástsicos. The sector claims that the new Law on Waste and Contaminated Soils promotes sustainability and that there are no “substitutions of materials based solely on image campaigns.”