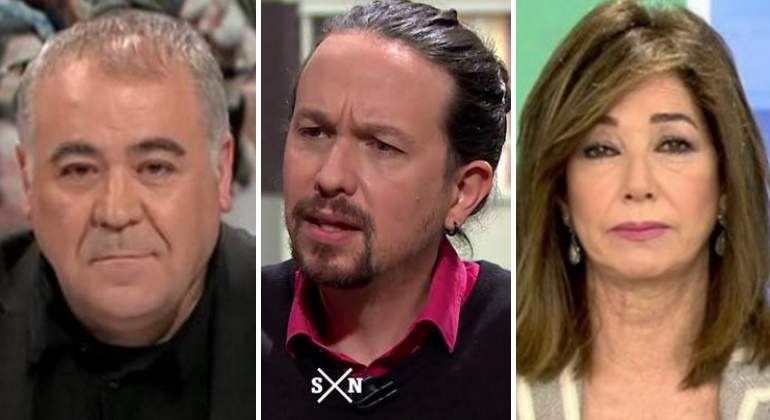 Pablo Iglesias has reappeared this Friday to announce his incorporation as a talk show host in the radio program El món a RAC 1 , directed by Jordi Basté. In his first statements, the former vice president charged, once again, against Antonio García Ferreras , Vicente Vallés and Ana Rosa Quintana.

Also read: Ana Rosa and Susanna Griso face each other again: the date of their return to Telecinco and Antena 3

He has done it to deny the hoax about his private life of leaving for Barcelona leaving his family in Madrid. “It is a classic of the way hoaxes and the far-right work in Spain,” said the former leader of United We, and then stoked Atresmedia.

“A far-right digital publishes a lie that is later echoed by large televisions, in this case the Atresmedia media,” he said. “It is a modus operandi that explains that in this country, within two years we can have Vox within the Council of Ministers.”

Iglesias reappears charging against Ferreras and Ana Rosa: “They whitewash hitmen of information”
Iglesias has been firm in stating that “there is a media power structure that in Spain has whitewashed the extreme right” and that “there have been media that have whitewashed real information hit men like Eduardo Inda.”

Also read: They admit the lawsuit of Pablo Iglesias against Ana Rosa Quintana for holding him responsible for the residences

The former vice president of the Government has not cut himself when it comes to bringing his own names to the fore, whom he accuses of this whitewashing: “Behind are the Vallés, the Ferreras or the Ana Rosa.”