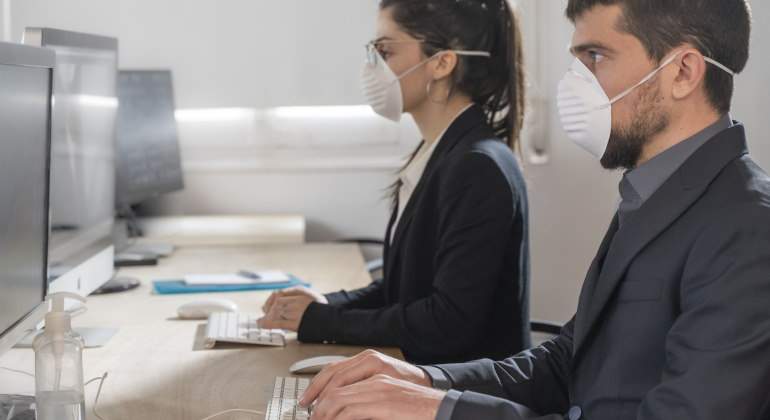 After more than a year of confinement in much of the world, the return to the office is already a reality for a fraction of those who have been teleworking. Despite the fact that the delta strain has once again put fear in the body of investors, analysts and economists about a possible slowdown in the recovery, the macroeconomic figures indicate that the situation is much better than a year ago, driven by good measure because of mass vaccination in the West.

Therefore, and taking advantage of the return to work after the summer, it seems that the time has come to leave the values ​​that triumphed thanks to teleworking, such as Zoom (+ 215% since the start of the pandemic), and bet on those who will recover part of your regular clientele or even exceed pre-school levels.

We have chosen five of them, from five different sectors, with good potential and a recommendation to buy for the next few months:

Walmart
Although retail companies benefited from the pandemic, especially with the massive purchases that the population made in the first weeks, everything indicates that the sector will take advantage of the return to the office.

On the one hand, purchases in a physical store will be recovered in part compared to online purchases, which always encourages consumption. On the other hand, it touches the textile sector tangentially, another of the beneficiaries because workers will need new clothes due to the changes in size that some have suffered during the pandemic.

Walmart is currently trading at around $ 150, 36% more than compared to the COVID lows in March 2020 and 2% so far this year. The market consensus gives it a value of 165 dollars at twelve months, which is 10% more than at current values, while the most optimistic see a path greater than 20%. In addition, 21 of the 36 analysts who follow the company recommend its purchase.

Starbucks
Going back to the office will mean, for many, going back to the cafeteria. Whether for a mid-morning break or for being a meeting point for subsequent physical meetings, the famous American chain of coffee shops will regain prominence in the coming months.

Since the covid lows, it has already doubled its market value, in line with what the selective S&P 500 has done. And it has appreciated more than 8% so far this year.

The market consensus sets a target price of $ 135, 16% above the current figure, although the most believers foresee a growth of up to 28%, to $ 148 per share. 17 of the 33 analysts who follow the company recommend its purchase, although 12 of them bet to keep and none to sell.

Uber
The return to the offices also implies more trips and meetings. The passenger transport company Uber is one of the world giants, despite the fact that increasing regulations in the countries in which it operates have been restricting its business possibilities.

The company has grown almost 100% from its Covid lows and is currently trading at $ 42, but it is down more than 30% from its annual highs and 17% so far this year.

Of the 41 analysts who follow the future of the company, 32 recommend its purchase, with an average target price set at $ 70, or what is the same, an upward journey of 66% compared to its current value. Those who trust its growth the most give it a possibility of growth of 92% in the next 12 months, up to $ 81 per title.

Boston Properties
Real estate investment is also expected to rise in the coming months. On the one hand, because the pandemic has led families to look for homes with a little more space, or a terrace or garden. On the other hand, the office market is also turning towards other types of more versatile spaces.

This company, less well known than the previous ones, has interests in mainly office buildings, especially in areas of Boston with projection due to its proximity to the technology industry. It is also found in Los Angeles, New York, San Francisco, and Washington DC.

With a market capitalization of $ 20 billion – which puts it ahead of well-known companies such as Domino’s Pizza or Western Digital – the company grows 30% so far this year.

Microsoft also has the extra from its cloud computing business, which includes Azure, its OFfice online package and other issues, and which already generates about 40% of its revenues. In the second quarter of 2021 – its last fiscal quarter -, the company recorded revenues in this area of ​​€ 17.4 billion, 37% of the total for the quarter, with a year-on-year growth of 30%.